I had given up the courage to lose weight for a long time. Because I was a migraine patient, I wasn’t able to follow a diet because I always ended up having more migraines.

At some point I decided to do something about my migraine and made an appointment at “ChinaMedic”. The acupuncture worked very well; a year after starting the treatments I occasionally suffered a little headache but that was it. No more migraines!

Because I went to “ChinaMedic” to be relieved of the migraines and soon benefited, I wondered if it was possible to do something about my weight as well. Of course, no problem. So, on Tuesdays I came in for 4 weeks for a migraine treatment and on Fridays for weightloss.

The slimming treatment consisted of 4x classic acupuncture leaving you with 3 very small needles in one ear after each treatment. This has to do with regulating your blood sugar level, which should not drop too much, because then you will feel like sweets. To support the weightloss you also get 4x herbal tea

Apart from the 4 visits I didn’t have to do much to lose weight. I have always exercised such as cycling and walking. During the treatments I started to do that more frequently. Cycling for an hour every day (in a heavier gear) or walking, not walking fast but walking briskly. ChinaMedic also gave me nutritional advice but I did a little more myself. I never felt hungry, not during the acupuncture nor after. What I do now is to look for carbohydrates in every food product I buy. I used to pay attention to fat but that never helped me lose weight. After 4 weeks of treatment, I had lost 5.6 kilos!

After 4 weeks I had to continue without the incentive from the ChinaMedic team. But my environment started to say: “You look good!” and that also stimulates. After another 9 weeks I lost another 5.4 kg by paying close attention to the carbohydrates and getting sufficient exercise. Paying attention to carbohydrates has now become second nature. It is wonderful to weigh a 59 kg instead of 70 kg. I now have size 38 and feel full of energy a year and half after I started with acupuncture. With their acupuncture treatment and friendly support, the ChinaMedic team helped me get rid of two ailments that had a negative impact on my quality of life: migraines and obesity. By not having these ailments any longer, I feel like a different person. I can advise anyone with overweight and / or migraine to make an appointment at ChinaMedic. Success is assured, I am proof of that!

The treatment is by no means painful, although it takes some getting used to getting needles in your body in all kinds of places. When the needles were inserted, I was usually so relaxed that I slept the 45 minutes that you were lying down. The ChinaMedic team is incredibly nice. If a few pounds were off, they would be just as happy as I was! 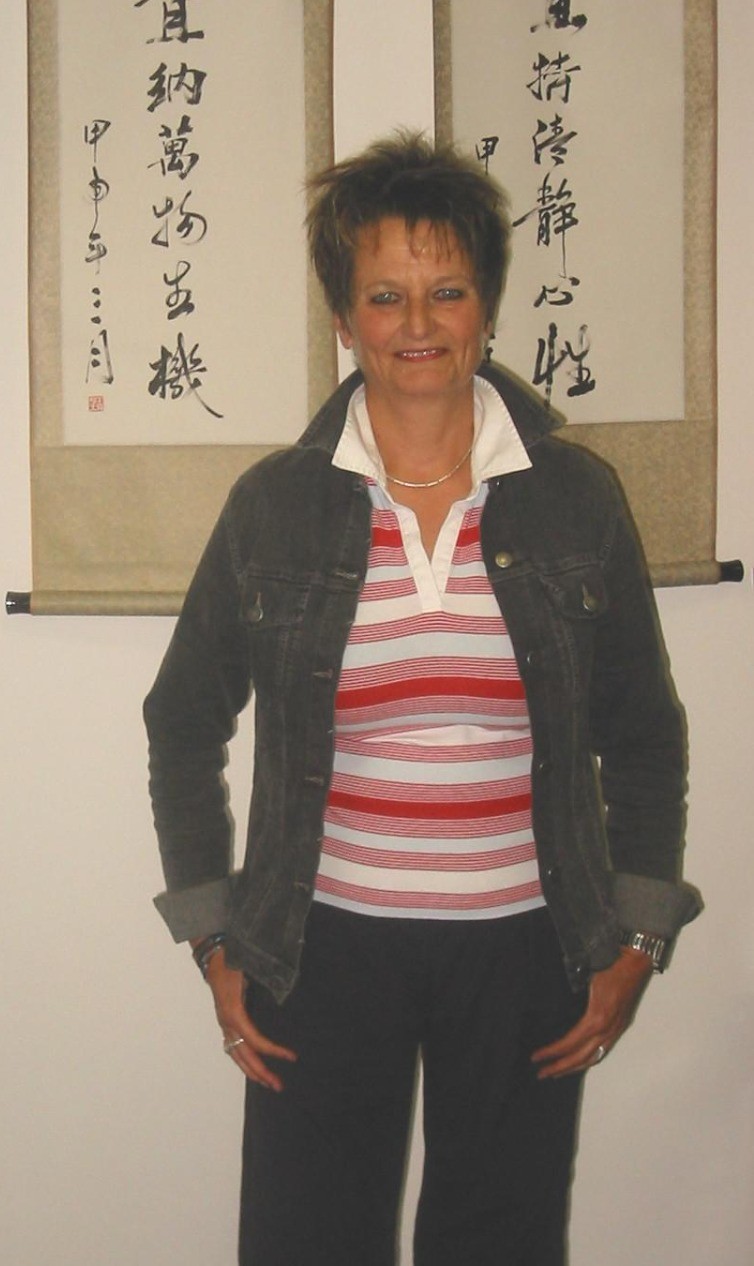 How can Acupuncture help?

More than a thousand years acupuncture has been used to remedy and improve a wide range of diseases and complaints. For an acupuncturist the approach is simple: energy either flows or it doesn’t. The symptoms show where in the body there may be a blockage and how this affects the rest of the body. In addition the acupuncturist focuses on activating the self-healing ability of our bodies.This makes acupuncture applicable for many health issues such as pain complaints, infertility, ringing in the ears, sleep disorders, skin problems, allergies, addictions, depression, menopausal complaints, burnout, RSI and so on. If you want to know how far acupuncture can help you, you are welcome to come by for a check up consultation so the acupuncturist can tell you what we can do.

How many times do I have to come?

It depends on your medical condition. In most cases you will respond faster to frequent acupuncture treatments. It is quite common to start with 1-2 times per week. Once your condition is stabilized, we can start lowering the frequency. When you come for your first consultation, we will make a specific treatment plan for you.

What does an Acupuncturist do?

How long does it take before I notice results?

In acute complaints, an effect is noticed after 1-3 treatments on average. In the case of chronic complaints, this is after 5-10 treatments. It is important to maintain the frequency of your treatment so that you can achieve the desired results

I am pregnant, can I get Acupuncture?

Yes; acupuncture can help you during your pregnancy.

With acupuncture, pregnancy complaints are treated in a natural way and without side effects. The treatment aims to restore the energy balance in your body. Your hormones will also be brought back into balance. As a result, the complaints quickly subside. In addition, the acupuncturist will of course treat your specific complaints. Such as: nausea, headache, migraine, sleeping problems etc.

Why do I need to be treated more often in the beginning?

Acupuncture is a mild stimulation to your body. It is important to be treated often in the beginning so that there is more recovery than relapse. As soon as the symptoms decrease, the frequency decreases. As soon as the complaints do not return at all, the treatment is finished.

Advice for before and after Acupuncture?

How much time does an appointment take?

We have three type of appointments.

There is also the follow-up treatment. The acupuncturist will treat your diagnosed symptoms according to the treatment schedule. This usually takes 45 minutes

Some people are still learning about acupuncture, they want to claim more knowledge about this method and also get to know their imbalances. Therefore you could book a consultation, this appointment takes 30 minutes.

We use extreme thin needles about the width of two human hairs for Abdominal Acupuncture. The pricks are barely noticeable. Sometimes people don't even feel where they are. Occasionally someone can perceive a strange feeling, also described as tingling, numbness, heaviness, and other feelings. We call this "DeQi" (activating energy) sensation in acupuncture, this is normal, often this feeling is over in a small matter of time.

What does an Acupuncture treatment cost?

A 1st consultation with subsequent treatment costs € 78.00. Each follow-up treatment costs € 62.50. ChinaMedic is affiliated with the NVA (Dutch Association of Acupuncture) and treatment is reimbursed by most insurers in the supplementary. It is advisable to contact your insurer what this exactly means for you. For a full price list of all our treatments CLICK HERE

Can Acupuncture Help With Pregnancy?

Yes, acupuncture can improve your fertility as much for men as it does for women The ChinaMedic Approach with abdominal acupuncture significantly increases the chance of pregnancy both through natural conception as IUI or IVF. In both cases we also support you with nutritional advice and, if necessary, herbal therapy. A lot of clients have successfully become mothers and fathers with this treatment method. The acupuncturist will make a treatment schedule with you during your first consultation. Read more about Acupuncture and Pregnancy here.

How much time between Acupuncture?

During your first consultation, the acupuncturist will make a statement. In principle, you can do acupuncture every day. Depending on your complaints, the most applicable frequency is once or twice a week. In severe pain, the frequency is sometimes two or three times a week. In that case, it is more effective than starting with once a week. The pain sometimes returns in between (due to daily strain and stress). As you get treated more often, the pain usually gets less and less.

How do I book an appointment?

You can call our reception 020-6167615 or schedule an appointment on our website.

Are There Any Side Effects of Acupuncture?

No, if you are treated by a professional acupuncturist there are no side effects. There are sometimes reactions after acupuncture: fatigue, dizziness, emotional discharge or something we call a "Healing Crisis" during the first period. Don't worry, this means your body is showing a response and the recovery process has started. Always communicate with the acupuncturist how you are feeling.

Tip: Have a small meal in preparation for the treatment. This is good for fatigue and dizziness after the acupuncture.

What if my symptoms get worse during the treatment?

While most people notice a clear reduction in their symptoms after an acupuncture treatment, very few can experience a slight worsening of symptoms after a treatment. Do not worry, we call this a "healing crisis", your body is responding, and your energy is in motion.

In terms of acupuncture, it means that your primary objective has been achieved, as you are changing on multiple levels from stuck to loosening. Make sure to always communicate with the acupuncturist over time how you are feeling and what the reactions are.

Why do some acupuncture points hurt more than others?

This is because of the acu-point locations on the body. Some points are just more sensitive than others! The fingers and toes have a higher concentration of nerve endings near the surface of the skin, so points on the extremities are naturally more sensitive than those closer to the center of the body.

Most insurers reimburse the costs.